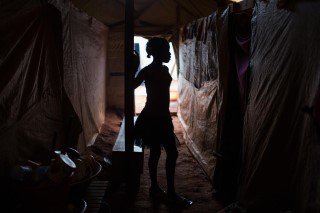 Learning from Ramatou – 14-years-old, from Niger

Girls in Niger are expected to defer to their parents’ decisions, but Ramatou took a stand when her parents arranged a marriage for her. She protested, and after her mentor and the local imam intervened, her parents relented.

Here is what Ramatou Abdoul Hamidou, 14-years-old said: “when I saw teenage girls who refused to marry, I thought they were rebels... but now I understand their refusal. They just want to defend their rights.”

Like Ramatou girls can make their voices heard and have their rights defended.

These stories are most powerful when shared widely. Make sure you spread the word so that we can bring Female Genital Mutilation and Cutting to an end.

Early pregnancy and maternal mortality of girls under 18