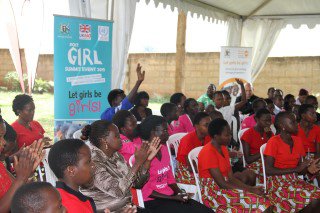 Sharing positive stories of change can be a good way to help mothers be more open and talk more easily with their daughters. This is what some women in the communities we talked to had to say:

“I hope my daughter will have good health, and I hope she will do the same for her daughters and avoid cutting”, says Asseta from Burkina Faso, who teaches people in her village about the dangers of FGM.

“My life was terrible then, the moment I closed my eyes I dreamt of girls screaming. I won’t do it again for whatever money I am offered”, says Meleichi, former female circumciser in Ethiopia

Kharda Nur was circumcising up to 20 girls a month, a job she says “used to make me proud”.

Today, she has turned her back on her old profession. Now she actively encourages others still carrying out what is also called female genital mutilation (FGM) to stop too. “I came to realise it was a disaster when a girl became a mother, because she can be taken to hospital with problems during labour and delivery,” said Kharda.

“But the most important thing which made me stop was when I was told that this is against our religion. Religious leaders in my community said again and again and again do not do this. That’s when I decided I have to stop.”

These stories are most powerful when shared widely. Make sure you spread the word so that we can bring Female Genital Mutilation and Cutting to an end.

What are the long-term consequences of FGM?